A sea of fins covers the roof of a building in Hong Kong, representing the slaughter of an estimated 30,000 sharks. Following a public outcry over the growing volume of fins being dried on city pavements, traders started to dry shark fins on roofs. This picture was taken as part of Paul’s report on the worldwide slaughter of sharks for their fins. The most reliable estimate puts the global shark catch at around 100 million a year, but the actual figure could be as high as 273 million. Most species targeted are large and slow to reproduce – their reproduction rates cannot keep pace with the numbers being killed. More than 70 per cent of the 14 most traded shark species are classified as endangered or vulnerable, meaning they are at a high or very high risk of extinction in the wild. Along with fins, other shark parts including meat, skin, teeth, jaws and oil are sold. But it has been the high market value of shark fins, chiefly in Hong Kong and China, that has driven demand. However, a recent report indicates that shark fin is declining in value, with one trader quoted as saying that it is now the same as squid on the street.Photo: Paul Hilton Over 100 million sharks are killed each year for the fin trade. Hong Kong, Singapore and China are the biggest consumers of shark fin globally. Indonesia is the biggest exported of shark fins annually. Photo: Paul Hilton for Earth Tree Images 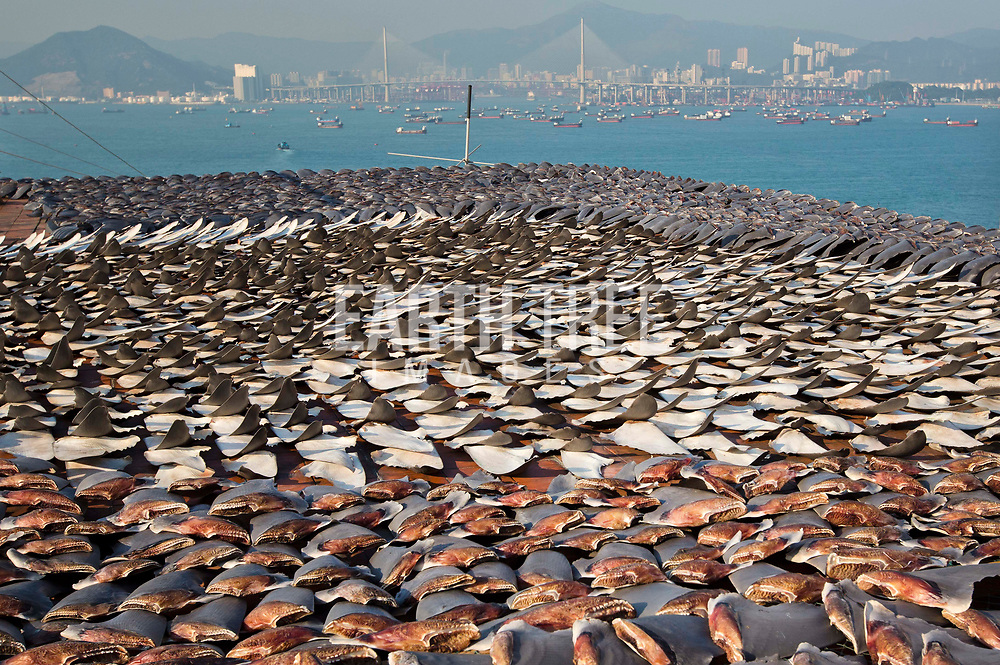