A young adult male orangutan is captured for relocatation after it's home forest has quickly been cleared for palm oil plantations in Tripa, Aceh Province, Sumatra, Indonesia. The Tripa Peatswamp forest supports the highest density of Sumatran Orangutans anywhere on earth, but are still being cleared by palm oil companies who think they are beyond the reach of the law, the situation is urgent and requires action according to Dr Ian Singelton, Director of the Sumatran Orangutan Conservation Program. Plus a field team from the Tripa coalition of NGO's express deep concern over fires that are being continually lit in the highly threatened Tripa Peat Forest despite assurances from the Indonesian central government that ‘triple track’ legal action was underway and a small area of the Peat Forest had returned to the moratorium map central to the multibillion agreement between Indonesia and Norway to reduce carbon emission from burning the carbon dense Peat Forests. Photo: Paul Hilton/SOCP/YEL (HANDOUT PHOTO, EDITORIAL USE ONLY) 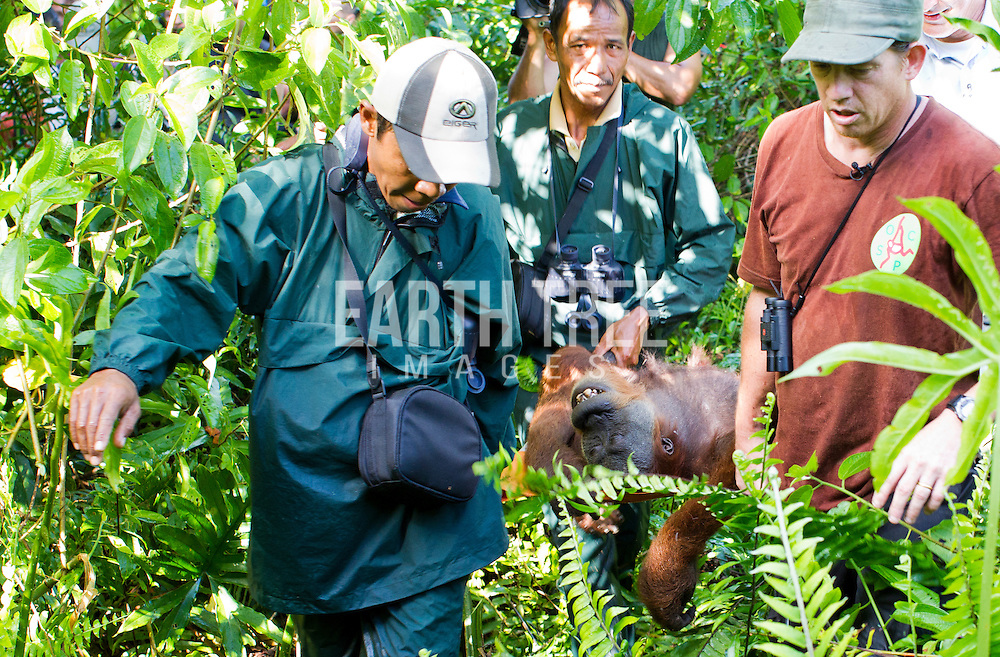