TCM shop in Hanoi, Vietnam. Traditional Chinese medicine is a style of traditional medicine built on a foundation of more than 2,500 years of Chinese medical practice that includes various forms of herbal medicine, acupuncture, massage, exercise , and dietary therapy, but recently also influenced by modern Western medicine. TCM is widely used in Greater China where it has long been the standard system of medicine, but it's recently been highlighted by conservationists as a threat to much of the wildlife across the globe, such as rhino, for it's horn and pangolins for their scales. Photo: Paul Hilton for Earth Tree 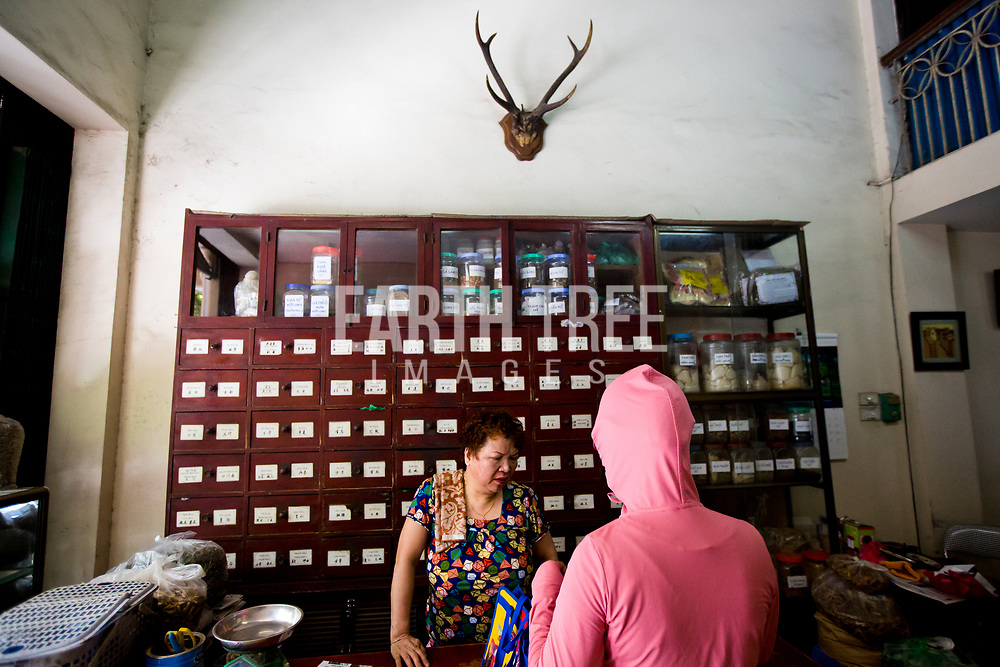