A malnourished infant Sumatran orangutan is placed on the floor of a village house while his price is negotiated. Poachers captured him in Tripa swamp forest being cleared for an oil palm plantation in Indonesia’s Leuser Ecosystem. His mother would have been shot or beaten to death. Paul was part of a team working for the Sumatran Orangutan Conservation Programme (SOCP) investigating illegal palm oil expansion when he heard that a baby was for sale. There was tension in the room as Paul, posing as a buyer, took a photograph, then agreed to buy him, for less than $100. When he returned with local police, the infant had vanished. It took days for the traders to comply with police demands to hand him over. After four years of rehabilitation by SOCP, Chocolate as he was named, was successfully returned to the wild, spared a lingering death as a pet or in transit to an overseas black-market destination. There are now fewer than 14,000 Sumatran orangutans left in the wild. 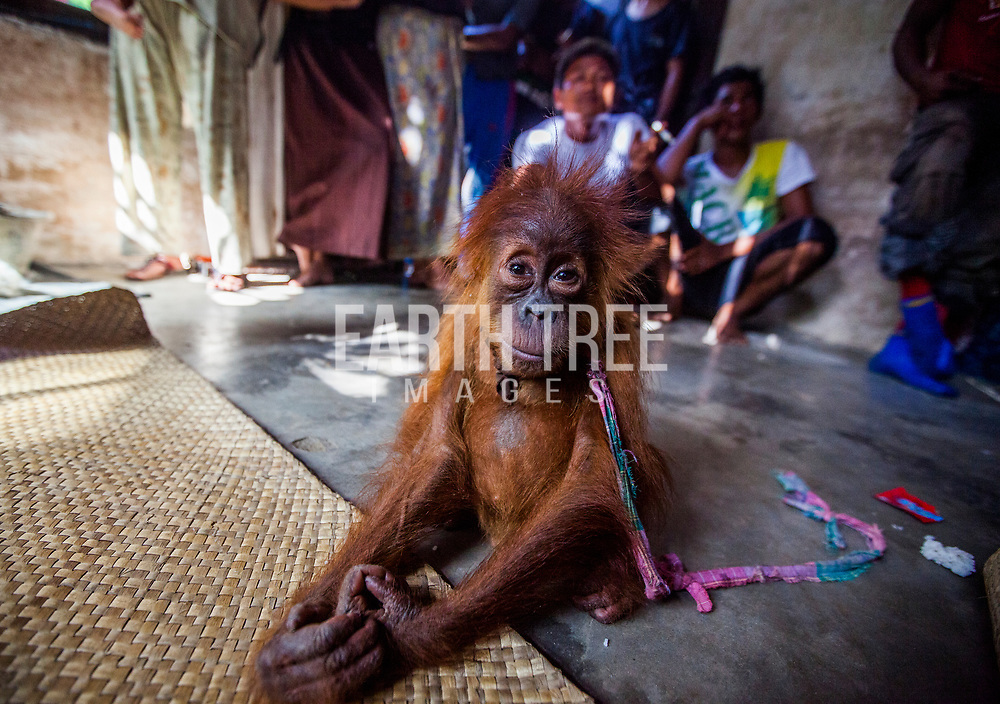