Civit cats are displayed in a wildlife market in China, during the SARS outbreak. Doctors confirmed the civit cats carry the caronavirus, and warned the public that consuming these animals, could spread the virus. Severe acute respiratory syndrome (SARS) is a viral respiratory disease of zoonotic origin caused by the SARS coronavirus (SARS-CoV). Between November 2002 and July 2003, an outbreak of SARS in southern China caused an eventual 8,098 cases, resulting in 774 deaths reported in 37 countries, with the majority of cases in China (9.6% fatality rate) according to the World Health Organization (WHO). Photo: Paul Hilton / Earth Tree Images 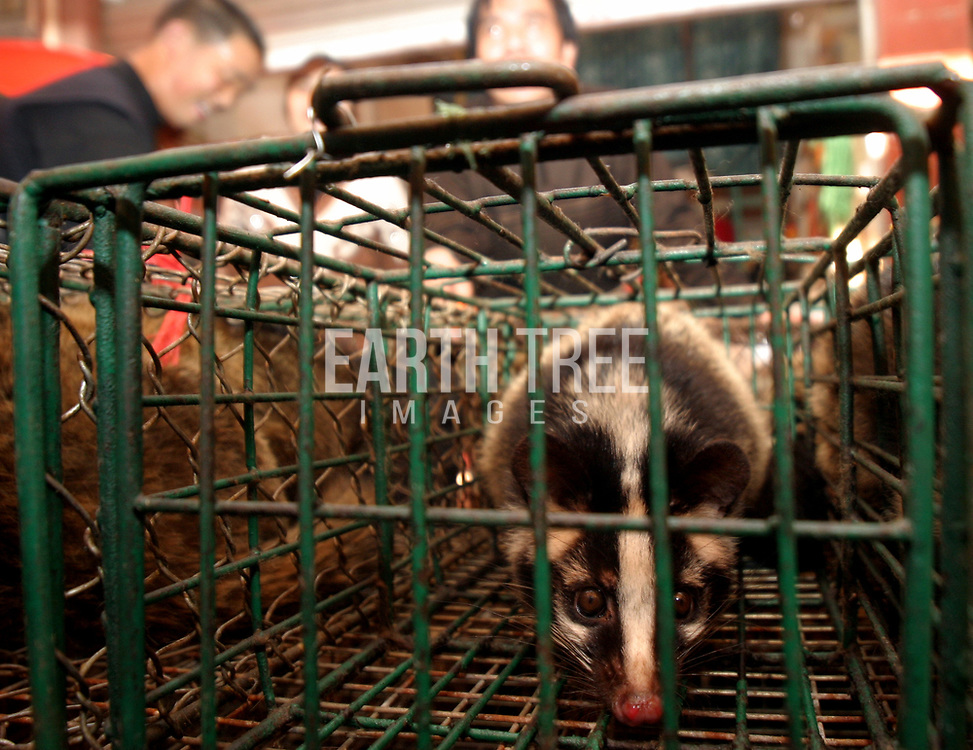