Greenpaece witnessed the Japanese purse seiner Fukuichi Maru scooping up tuna in a pocket of international waters attached to a fish aggregating device (FAD), Western Pacific ocean, 11 Septeber 2009. FAD's are supposedly banned in the Pacific ocean for two months although a gaping loophole in the ban is allowing fleets from Japan the Philippines and New Zealand to continue their plunder of the Pacific. Japan is the world's largest consumer of tuna and is responsible for over a quater of the Pacific tuna taken annually. Greenpeace/Paul Hilton 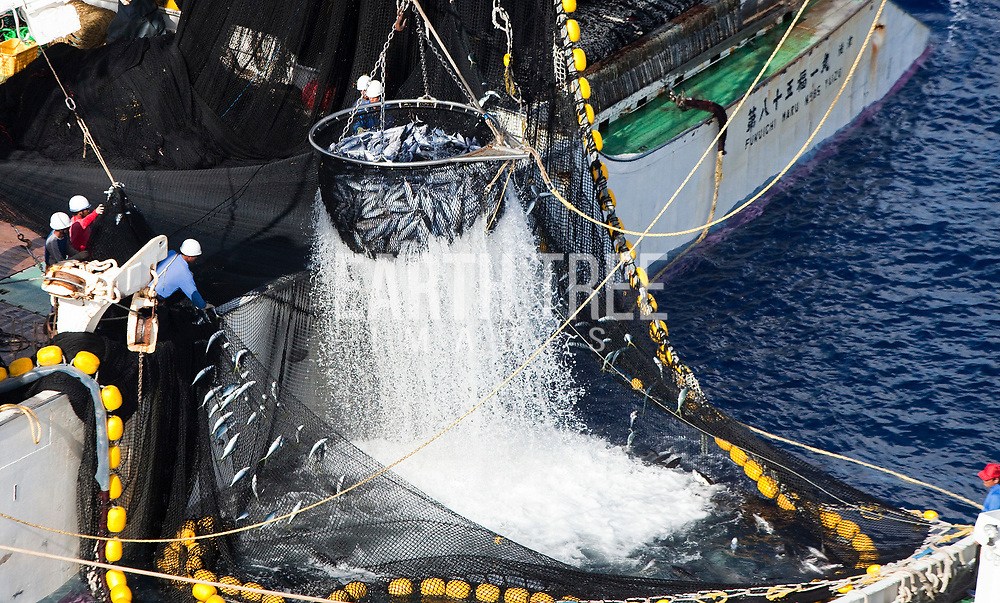