A shark is pulled from the depths on the Taiwanese longliner, Li Chyun No. 2 in the Central Pacific, 21st September 2011. About 73 million sharks are killed every year, and the appetite for their fins in places such as Hong Kong and Taiwan has taken one in three shark species to the brink of extinction according to the PEW Environmental Group. Photo: Paul Hilton/ Greenpeace Over 100 million sharks are killed each year for the fin trade. Hong Kong, Singapore and China are the biggest consumers of shark fin globally. Indonesia is the biggest exported of shark fins annually. Photo: Paul Hilton for Earth Tree Images 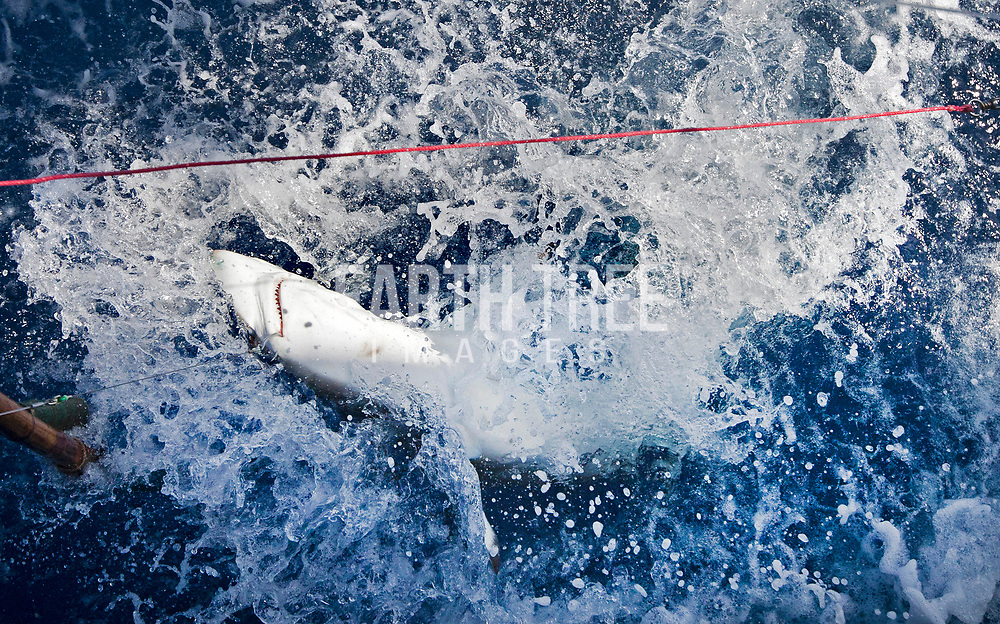